Julie left KEVICC in 2000. Now a published author, she tells her story of how she achieved her dream with the publication of her first novel  about 18th century Cornwall, The Cornubian.

I knew from a very early age that I wanted to be a writer. I still have my very first book, The Kitten, which I penned in Marldon Primary School. I did well in my GCSEs at KEVICC and knew I wanted to stay on at Kennicott but, in the summer of 1998, I suffered a head injury in a national karate competition. The neurosurgeon informed me that the after-effects I was experiencing were the result of a concussional brain trauma, and that it should clear up within 6 months. But, when I joined Sixth Form, I suddenly found I was struggling to concentrate. My writing started going funny. I became anxious and frustrated and my G.P. advised me to leave Sixth Form as I was putting myself under too much pressure – but I didn’t like the idea of giving up. Sadly, I was not able to achieve the results I would have been capable of prior to the accident. The odd thing was, whenever somebody asked me what I would like to do for a living, I would always answer, Well, I’d like to be a writer, but… There was always a ‘but’. 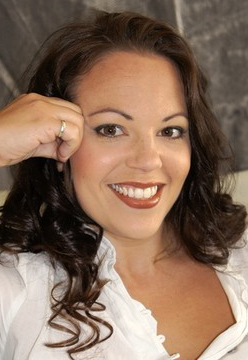 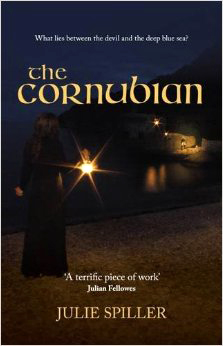 Being a writer never really occurred to me as a realistic occupation. After all, I also wanted to marry Mel Gibson, have an apartment in Monte Carlo and fly my own Learjet. Then I found The Kitten – that first story – again. In fact, I found over fifty stories. I had never stopped writing, you see. Being a jeweller was kind of nice. As was being a nursery nurse. But neither was what I had really wanted to do. I dug out my best work, a novel written not long after I had finished my A Levels, when my confidence was at its highest, and I re-edited it; re-researched it; trained in writing screenplays; converted it into a four and a half hour TV drama and sent it to Julian Fellowes, who writes Downton Abbey. Against the wishes of his solicitor, he actually made contact. It might be easier to sell as a novel, he said. I re-checked my historical facts and then re-wrote the entire thing. I submitted it to a publisher. They told me if I could get 250 pre-orders, they would publish it. I started publicising. Generally the response was helpful but one published author/turned bookshop-owner, informed me that I would never get 250 copies, 'not in a million years', as an unknown author. The support I received from KEVICC made me feel I was capable of success – since my book became available, over 30 former KEVICC pupils have contacted me with the words, At last! We’ve been waiting for this for 14 years! I tentatively contacted Mrs McGinnis in the hope she might help publicise my book. You probably won’t remember me, I wrote. Of course I remember you, Mel Gibson and the manuscript, was her reply. How funny. Everyone else remembered exactly who I was. It was only I who had forgotten.

I truly believe that anything is possible if you want, and work for, it enough. If you still dream about it – whether you’re 13, 33 or 93 – then it’s not too late. But the earlier you do it, the longer you’ll be happy. So start NOW.